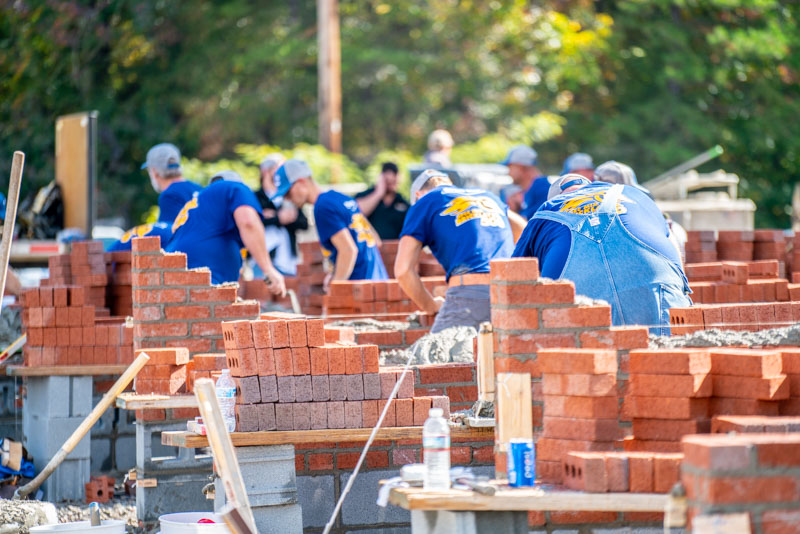 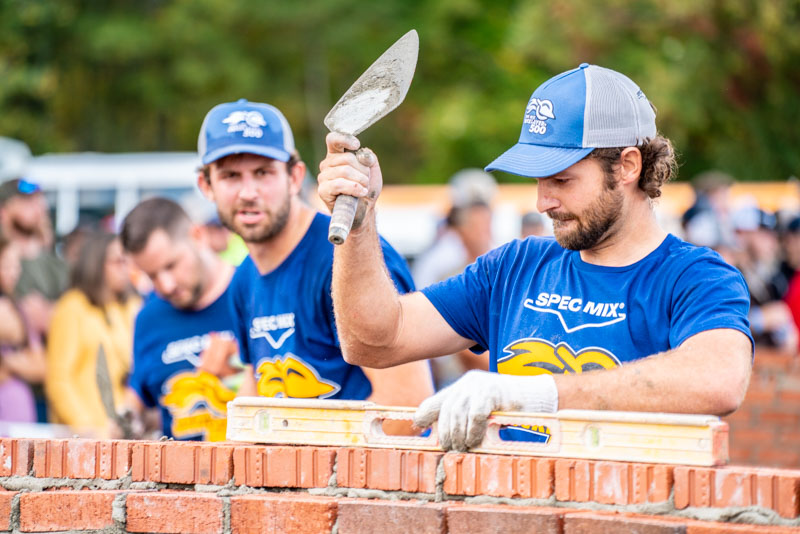 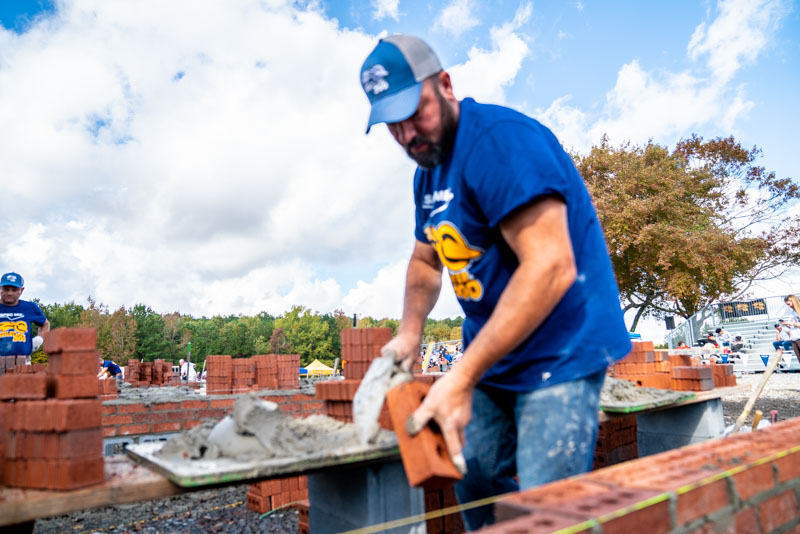 The world’s largest and most successful masonry challenge, the SPEC MIX BRICKLAYER 500®, is back for its 21st season. North America’s top masons are ready to grab their levels and trowels and race for a chance to be named, “World’s Best Bricklayer.” This unique and grueling competition has captured the hearts and minds of people from all over the globe.

The first stop on this year’s bricklaying tour is Scorpio Masonry in Calgary, Alberta. After taking a few year’s off due to COVID-19, the Alberta masonry community is ready to line up and compete for a spot on the World Championship roster.

Don’t miss your chance to see this world-famous competition up close! The SPEC MIX BRICKLAYER 500 Regional Series consists of 22 regional qualifiers held across North America. The bricklaying battle is designed to test the speed, skill, and stamina of each participant by challenging them to build the highest and best 26-foot-long brick wall, with as few errors as possible, in one hour.

Working with their trusted mason tender, the winning bricklayer is determined by a judging panel who subtracts any mistakes from the total number of bricks laid on the wall. The mason with the highest brick count at the end of judging earns a roster spot at the 2023 World Championship taking place January 18th, 2023 in Las Vegas during the World of Concrete Expo.