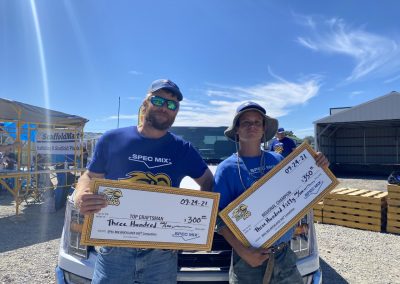 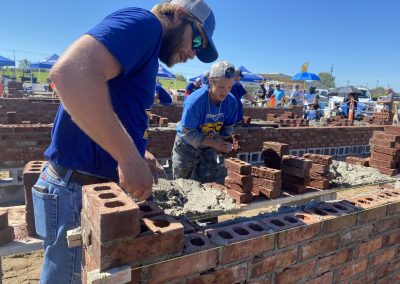 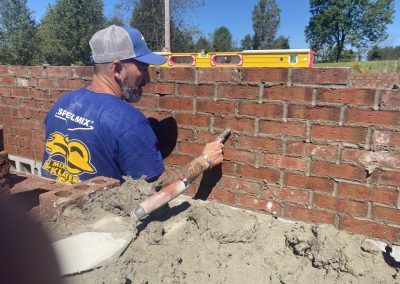 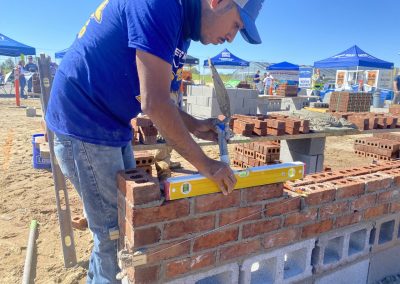 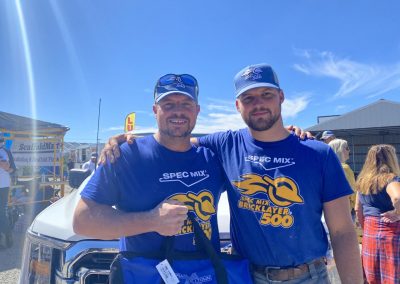 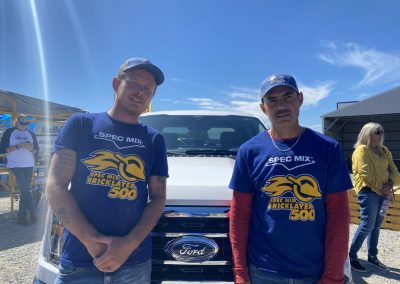 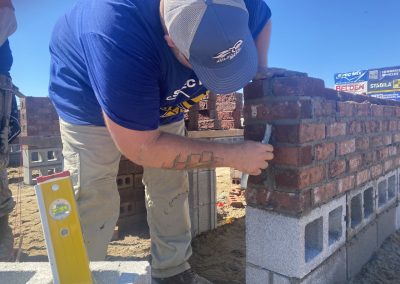 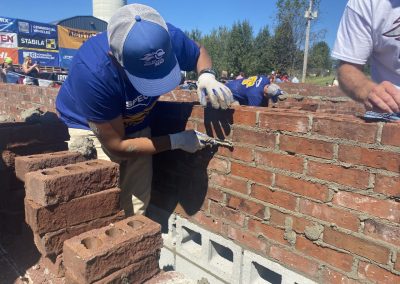 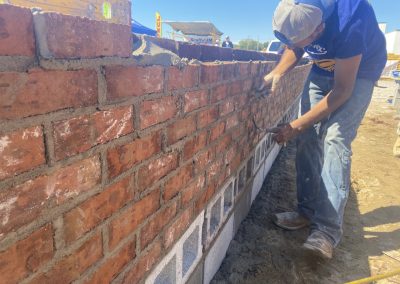 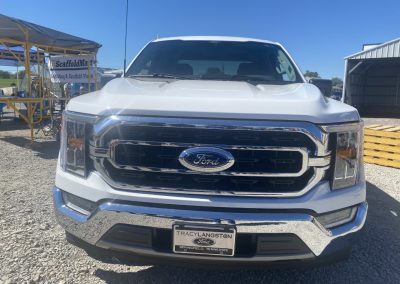 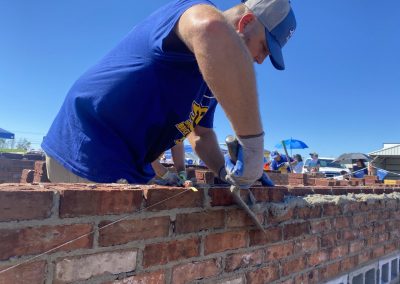 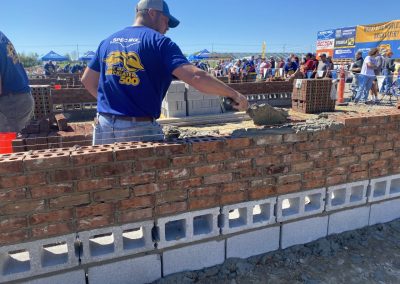 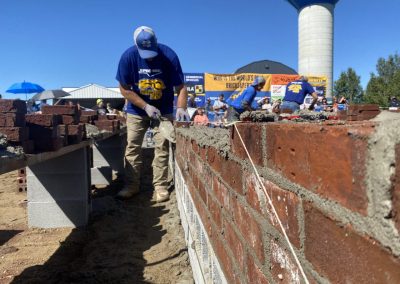 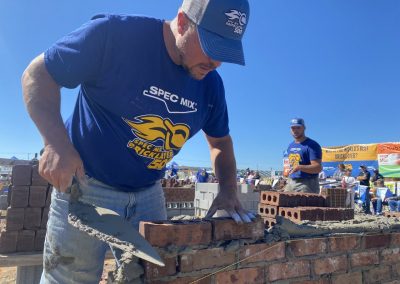 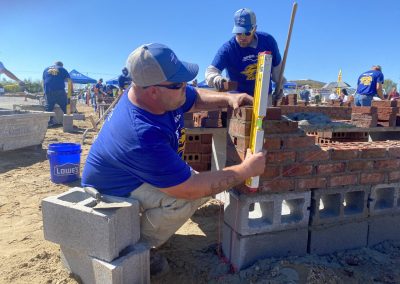 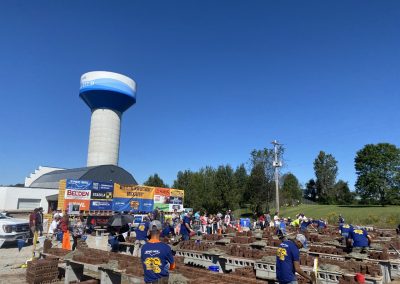 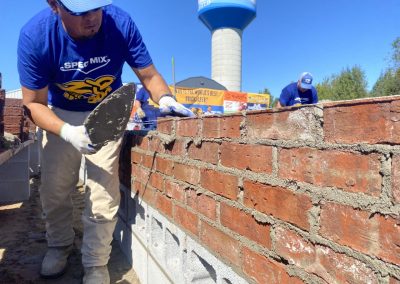 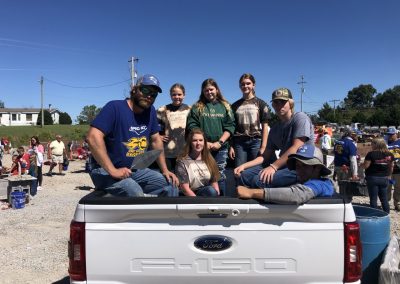 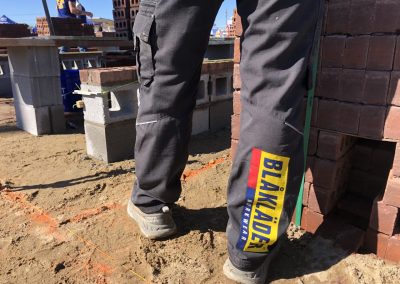 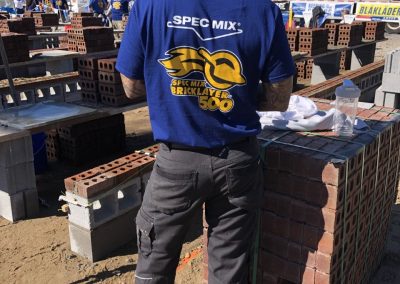 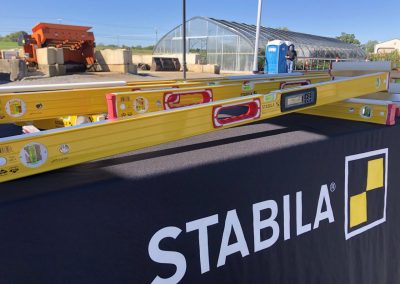 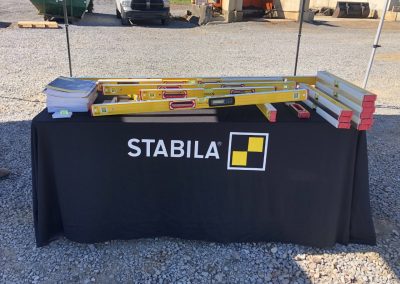 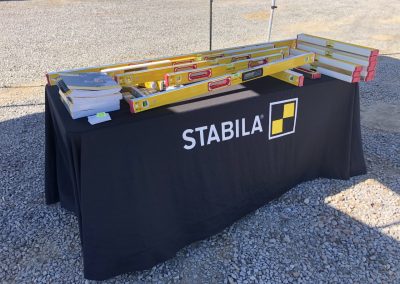 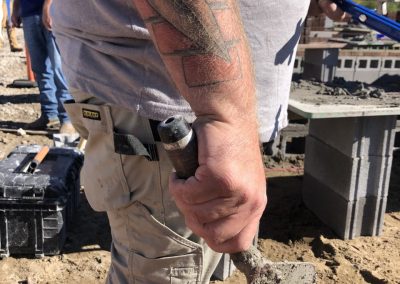 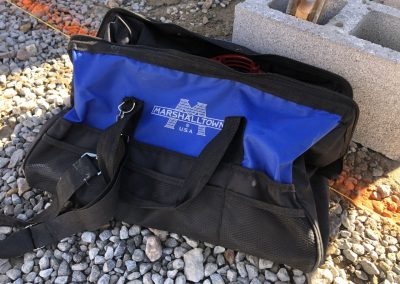 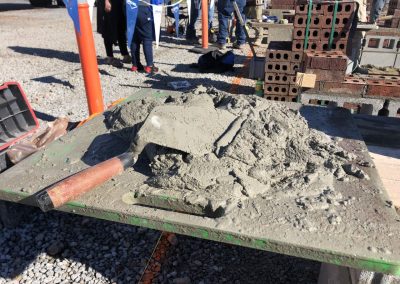 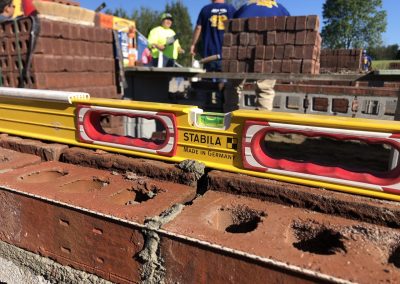 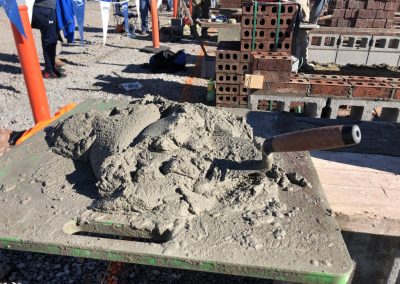 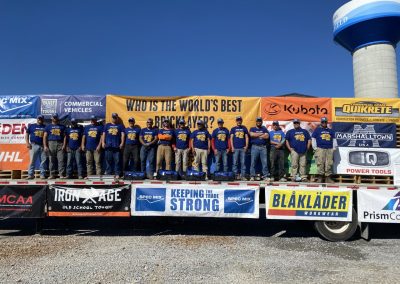 Springfield, TN – He laid 625 brick in only one hour! Mason Vince Wright along with his mason tender and brother Clint Wright with Wright Masonry in Section, AL teamed up to win the SPEC MIX BRICKLAYER 500 West Tennessee Regional Series. The Wright brothers beat out 7 other local teams, officially winning their shot to compete on the biggest stage in masonry, the SPEC MIX BRICKLAYER 500 World Championship, in Las Vegas at the World of Concrete Expo in January 2022.

This marks the 3rd qualification for Wright, and he knows what it takes to be competitive in Las Vegas. “We will practice a good bit before heading out,” he said. If Wright lays brick in Las Vegas like he did in the West Tennessee Regional Series, he could have a serious shot at finding himself on the winner’s podium. His brick total is the third highest so far this season, behind only Cole Stamper and Esteban Cabral, two staples in this competition. Wright added, “I’m on top of the world right now, our goal in Vegas is to repeat our performance today and add an additional 50 brick.”

To qualify for the World Championship, hundreds of teams from across North America will battle to win one of 22 individual regional series events, proving they belong on the national stage. Each team, consisting of one mason and one mason tender, will be given an hour to build the tallest and best 26-foot-long brick wall they can, with as few errors as possible. One winning team from each region will advance to compete for over $125,000 in cash and prizes (including a new Ford F-250 4×4 Truck, Kubota RTV-X1140) and the title, “World’s Best Bricklayer,” and/or SPEC MIX TOP CRAFTSMAN.

The Wright brothers also won the coveted SPEC MIX TOP CRAFTSMAN award, which goes to the mason with the “most-sellable” wall. All-in-all the masonry team walked away with $800 and a free ticket to Las Vegas for their efforts in West Tennessee. The national sponsorship team added more goodies to the prize pool, including a $200 gift certificate from Ford, $200 gift certificate from Blaklader, Stabila levels, and a loaded Marshalltown tool bag and ceremonial trowel.

Second place went to mason Josh Tollett and mason tender Curtis Tollett of Tollett Masonry in Crossville, TN with a brick count of 568. For their efforts, the Tollet team won $250.

Third place went to mason Juan Sanchez Riviera and mason tender Justin Wise of Edward Lopez Construction in Nashville, TN with a brick count of 411, for their efforts, the team took home $200.