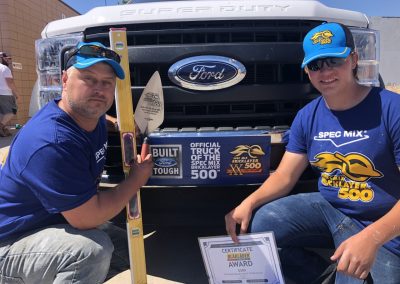 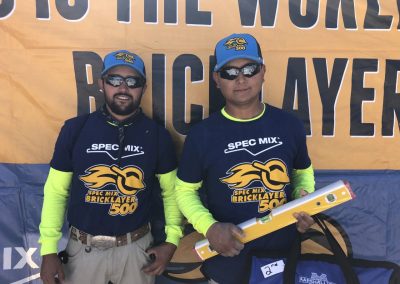 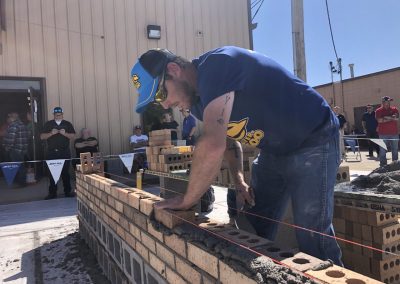 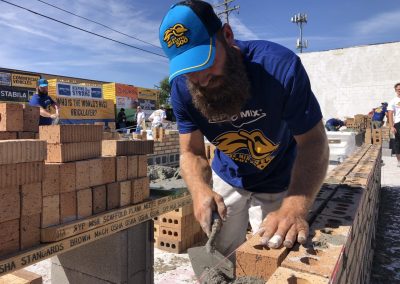 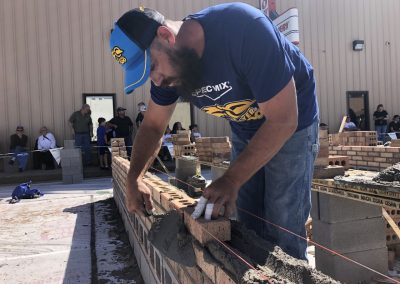 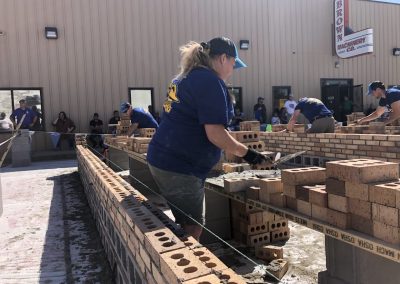 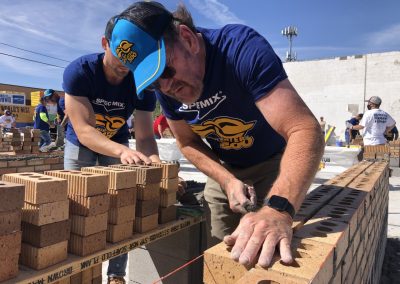 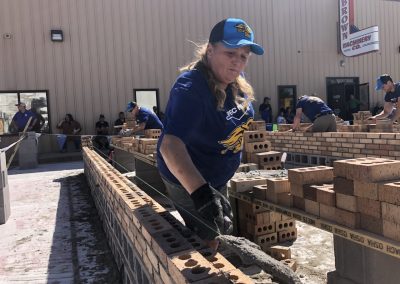 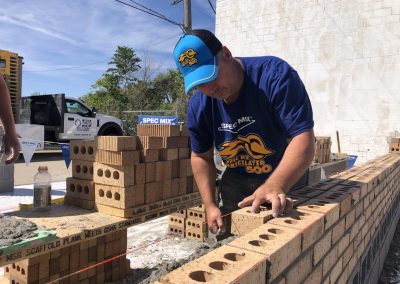 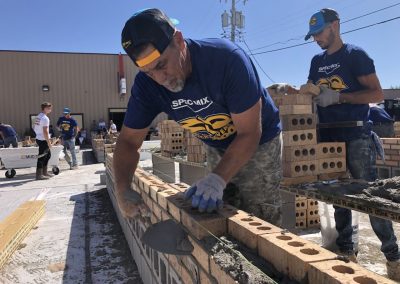 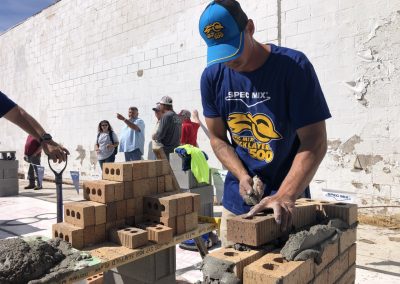 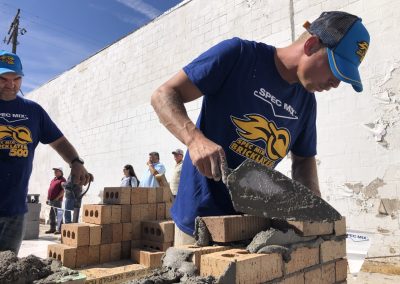 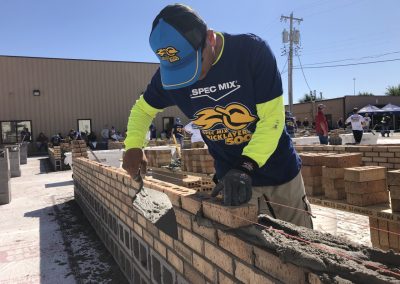 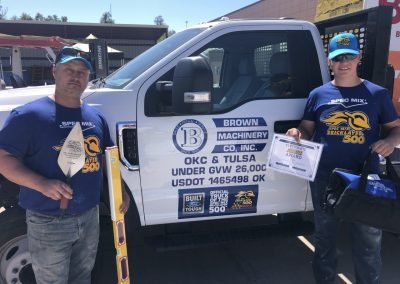 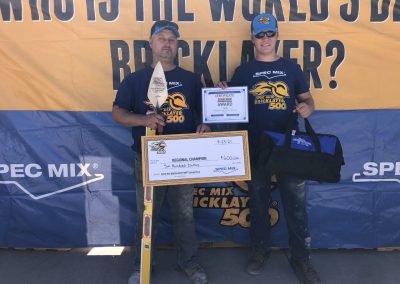 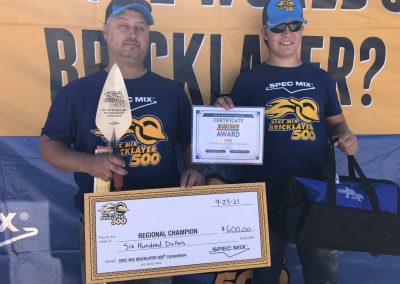 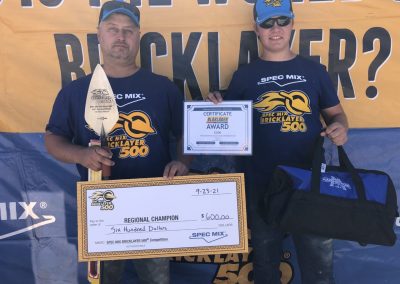 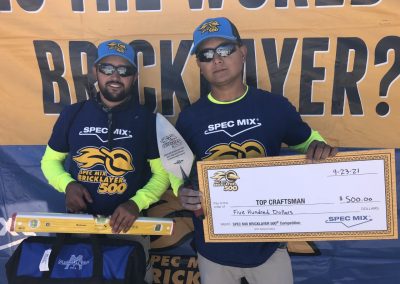 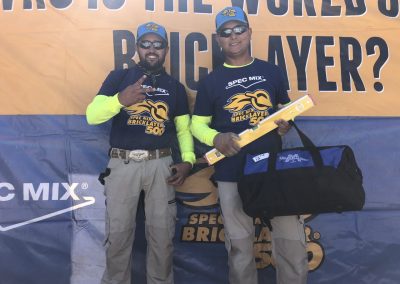 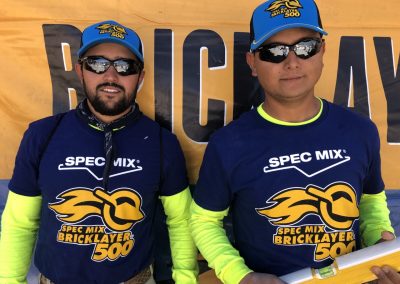 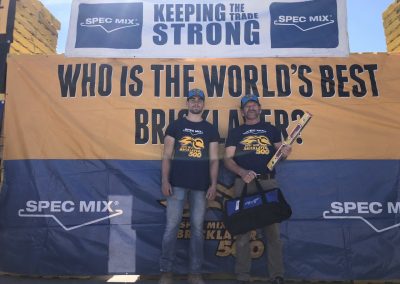 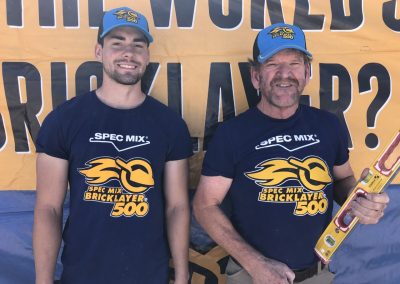 Oklahoma City, OK – He laid 571 bricks in only one hour! Leif Reints and mason tender Calvin Bean with Reints Masonry in Wyandotte, OK teamed up to earn the title, “Oklahoma’s Best Bricklayer.” Reints and Bean beat out 8 other local teams, officially winning their shot to compete on the biggest stage in masonry, the SPEC MIX BRICKLAYER 500, in Las Vegas at the World of Concrete Expo in January 2022.

This marks the 7th qualification for Reints, having won the World Champion title in 2012 and the SPEC MIX TOP CRAFTSMAN title in 2018. However, he wasn’t sure he would be able to compete in the 2021 Oklahoma Regional Series, signing up only three days before the event. “I feel pretty good considering I didn’t know I would be doing this. I normally would have practiced, but this time I just drank a ton of water and tried to work out a little before getting started. I thought I would be more sore, honestly,” said Reints.

To qualify for the World Championship, hundreds of teams from across North America will battle to win one of 22 individual regional series events, proving they belong on the national stage. Each team, consisting of one mason and one mason tender, will be given an hour to build the largest and best 26-foot-long brick wall they can, with as few errors as possible. One winning team from each region will advance to compete for over $125,000 in cash and prizes (including a new Ford F-250 4×4 Truck, Kubota RTV-X1140) and the title, “World’s Best Bricklayer.”

Third place went to mason Terry Watson and mason tender Jack Easley of Watson Masonry in Norman, OK with a brick count of 481, for their efforts, the team took home $300.