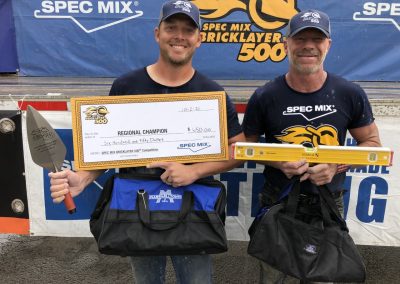 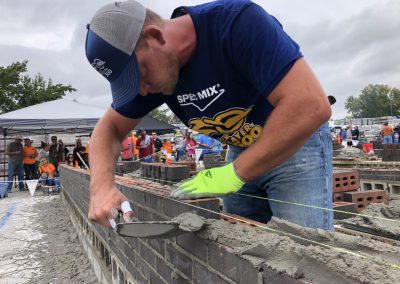 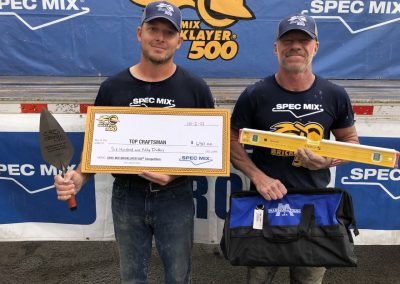 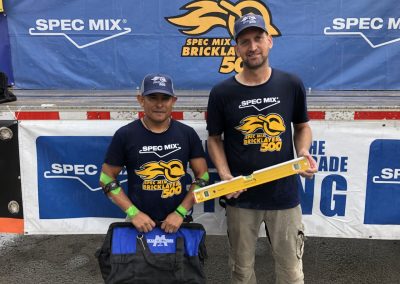 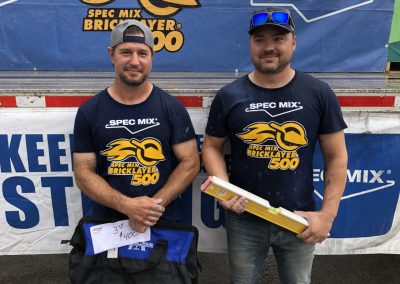 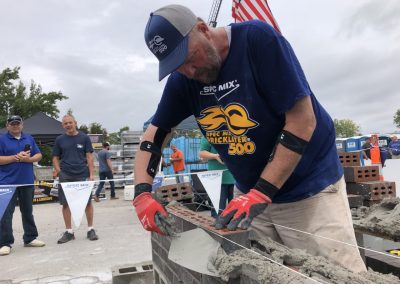 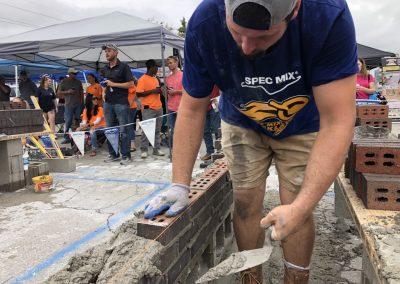 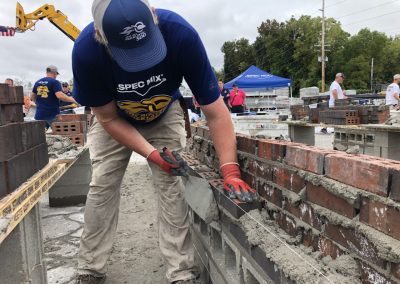 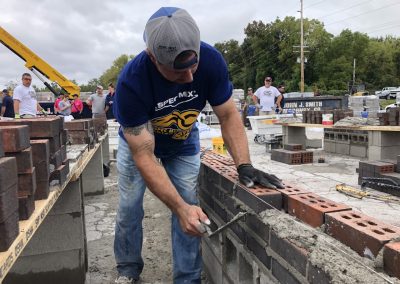 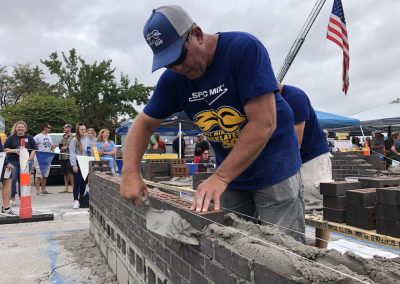 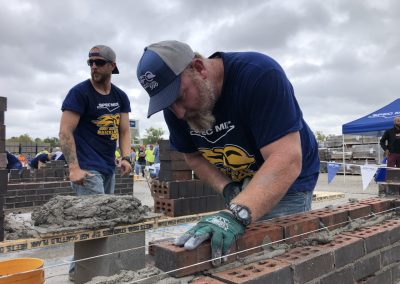 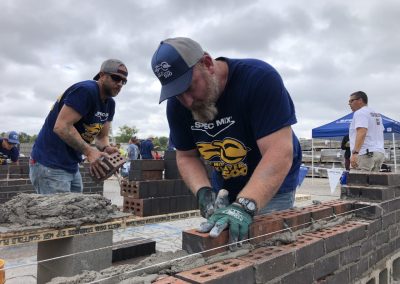 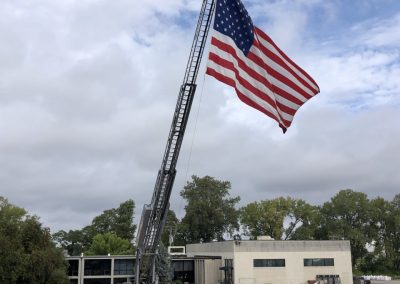 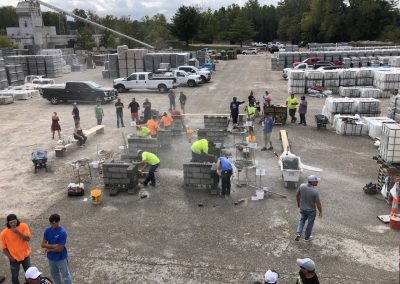 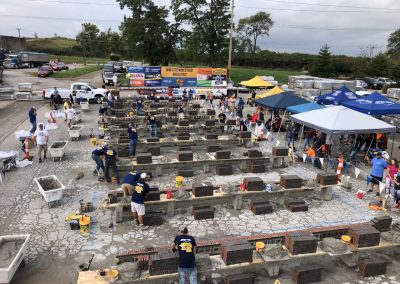 Bridgeton, MO – He laid 702 brick in one hour! Mason JT Payne along with his mason tender Jeff Head with Foeste Masonry in Cape Girardeau, MO teamed up to win the SPEC MIX BRICKLAYER 500 Missouri Regional Series. Payne beat out 7 other local masons, officially earning his shot to compete on the biggest stage in masonry, the SPEC MIX BRICKLAYER 500 World Championship, in Las Vegas at the World of Concrete Expo in January 2022.

This is the third time Payne has qualified for the World Championship, but he has yet to find himself on the winner’s podium, a fact in which he is keenly aware. He said, “We couldn’t be more excited, we wanted TOP CRAFTSMAN and first place, and that’s what we got. We are ready to go win a [Ford] truck, now. We have a few different ways we’re going to do our leads and make them a little straighter out there this year.”

Payne and Head also took the SPEC MIX TOP CRAFTSMAN prize, which goes to the mason with the “most-sellable ” wall. All-in-all, they walked away with $1300 and a free ticket to Las Vegas for their efforts in Missouri. The national sponsorship team added more goodies to the prize pool, including a $200 gift certificate from Ford, $200 gift certificate from Blaklader, Stabila levels, and a Marshalltown tool bag and ceremonial trowel.

Third place went to mason Rudy Menke and mason tender Brad Adams of John R. Smith Masonry in St. Louis, MO with a brick count of 477, for their efforts, the team took home $400.