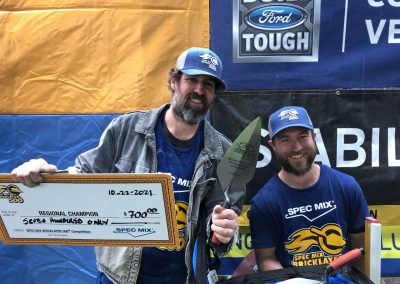 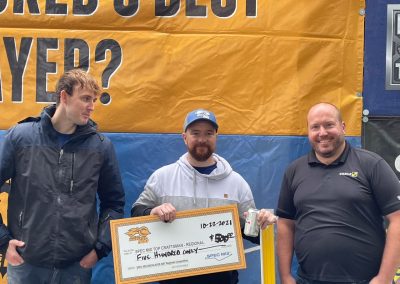 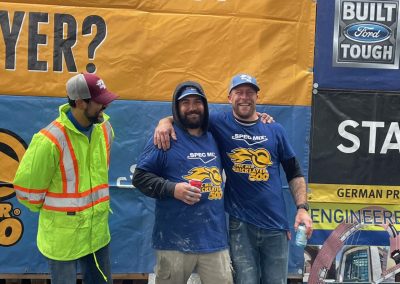 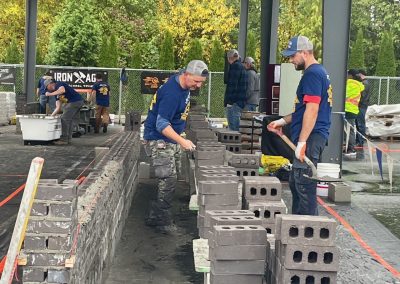 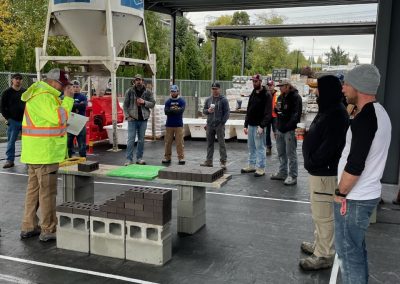 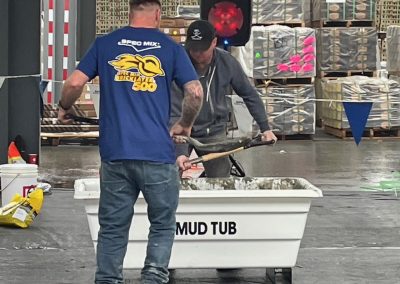 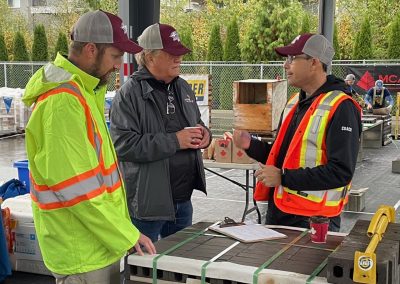 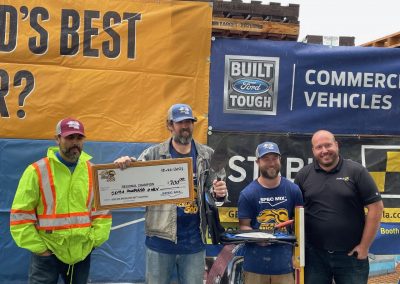 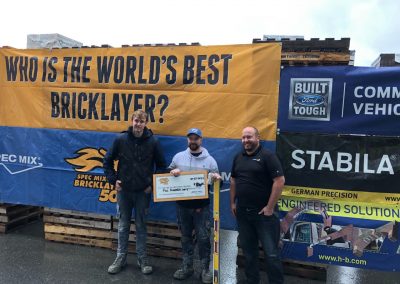 Surrey, BC – He laid 554 brick in on hour! Mason Riel Voigt along with his mason tender Glen Potter with Voigt Masonry in Ladner, BC teamed up to win the SPEC MIX BRICKLAYER 500 British Columbia Regional Series. Voigt beat out 7 other local masons, officially earning his shot to compete on the biggest stage in masonry, the SPEC MIX BRICKLAYER 500 World Championship, in Las Vegas at the World of Concrete Expo in January 2022.

Second place and the SPEC MIX TOP CRAFTSMAN award went to mason Dean Fitzsimons and mason tender Ryan Hanna of Shield Masonry in Burnaby, BC with a brick count of 521. For their efforts, the masonry team won $900 combined, a Stabila level and a Marshalltown tool bag and ceremonial trowel.

Third place went to mason Derek Melo and mason tender David Potter of Melo Masonry in Surrey, BC with a brick count of 464, for their efforts, the team took home $300.