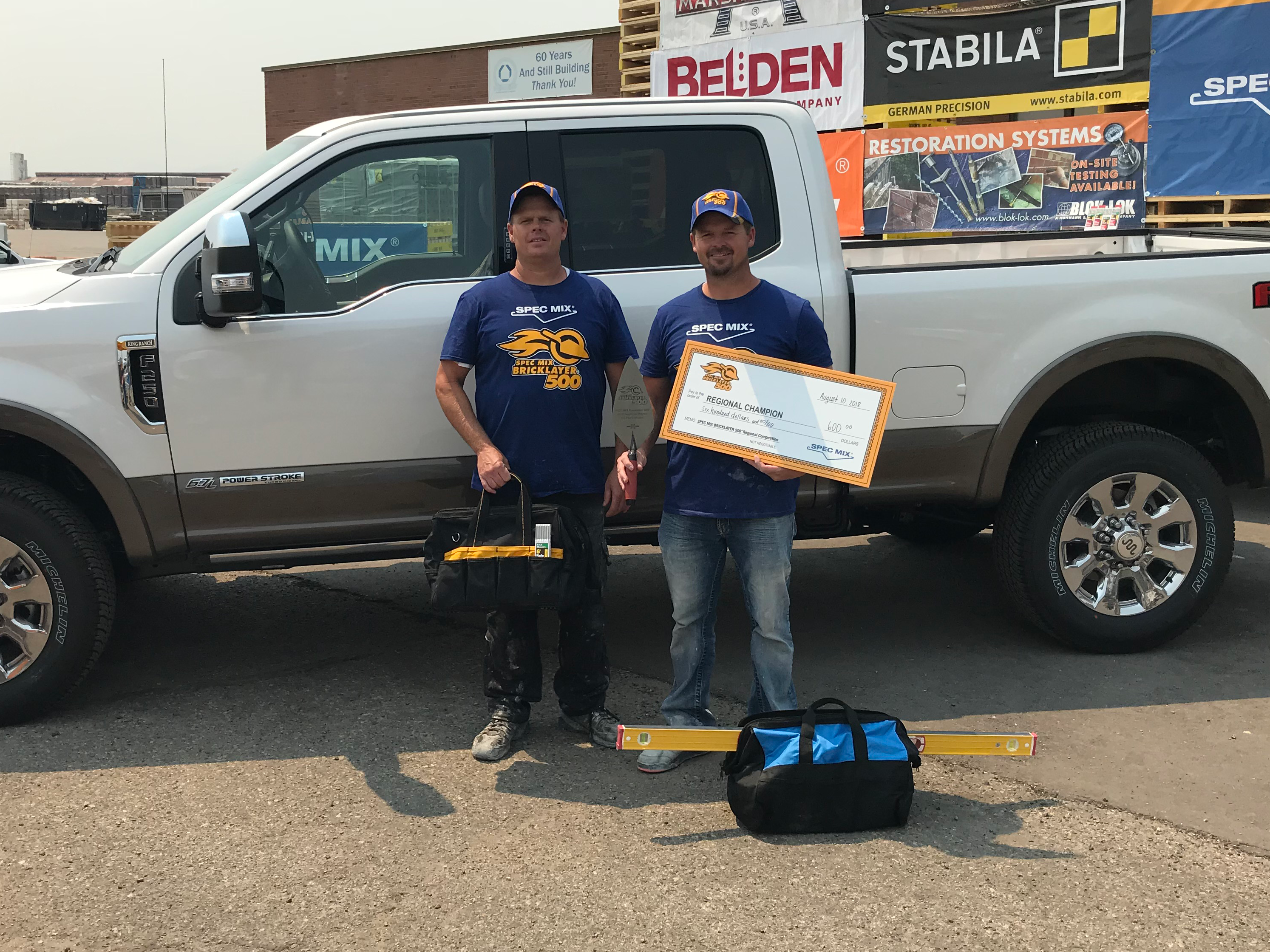 Every year since the start of the SPEC MIX BRICKLAYER 500®, the Tuttle brothers, of Quik Trowell Masonry, have been a part of the World Championship. Scott Tuttle and his brother Brian hold two SPEC MIX TOP CRAFTSMAN titles, a Toughest Tender title, and one first place finish. Last year, they took second place in Las Vegas, and this year, as expected, they’ll be back.

The Tuttle’s took down seven other teams of bricklayers in West Jordan, Utah with a brick count of 608. The closest competitor was Eric Speer, of AK Masonry, with 457 brick.

While the Tuttle’s have managed to make their way to national stage every year, they haven’t always been a threat to win it all. “Every year that goes by and you don’t win anything – that just fires you up that much more. We were fairly good on speed but our quality was terrible. We were laying a wall that was not going to win. When it is a race you think ‘well if I can’t hit the number I am not going to win’ but if the quality is not there, you are wasting your time.”

By watching other masons who were consistently performing better, the Tuttle’s tried a new tactic; asking for help. They reached out to a fellow competitor and studied his motion closely. Then they began practicing, and the results were obvious. Now, whenever Scott and Brian Tuttle are lined up to build a wall in Las Vegas, the odds to win are in their favor.

This year Scott Tuttle is the man holding the trowel, while Brian is his mason tender. At home, they are also partners, working their family owned masonry business. Scott Tuttle couldn’t imagine doing anything else, “I just like the feel of a hard day’s work. You feel rewarded for what you’ve done.” And since they’ve started working together in 2000, they’re business and reputations have grown substantially.

They also hope their story energizes a new era of masons. With the Bricklayer as a backdrop, Scott believes in the foundation the SPEC MIX BRICKLAYER 500 is building for workforce development. “This event should excite the next generation. It’s the world’s biggest masonry event – that alone would want to get me in the trade.”

Scott has been married for twenty years and has a 15-year-old daughter and a 9-year-old son. He would love to pass his knowledge on to them, as he believes he has another 20 years of laying brick in front of him. For now he has a chance to build on his legacy by showing them how it’s done when he lines up to compete in Las Vegas.