After reaching the NCAA spotlight, Gonzaga University, Spokane, WA, wanted a place to accommodate the growing fan base for their men’s basketball team.  The proposed 6,000 seat McCarthey Arena would do just that.  Additionally, Mark Few, head men’s basketball coach, hoped that a new arena would give the university an edge in recruiting to help them maintain their status as a top 25 program. 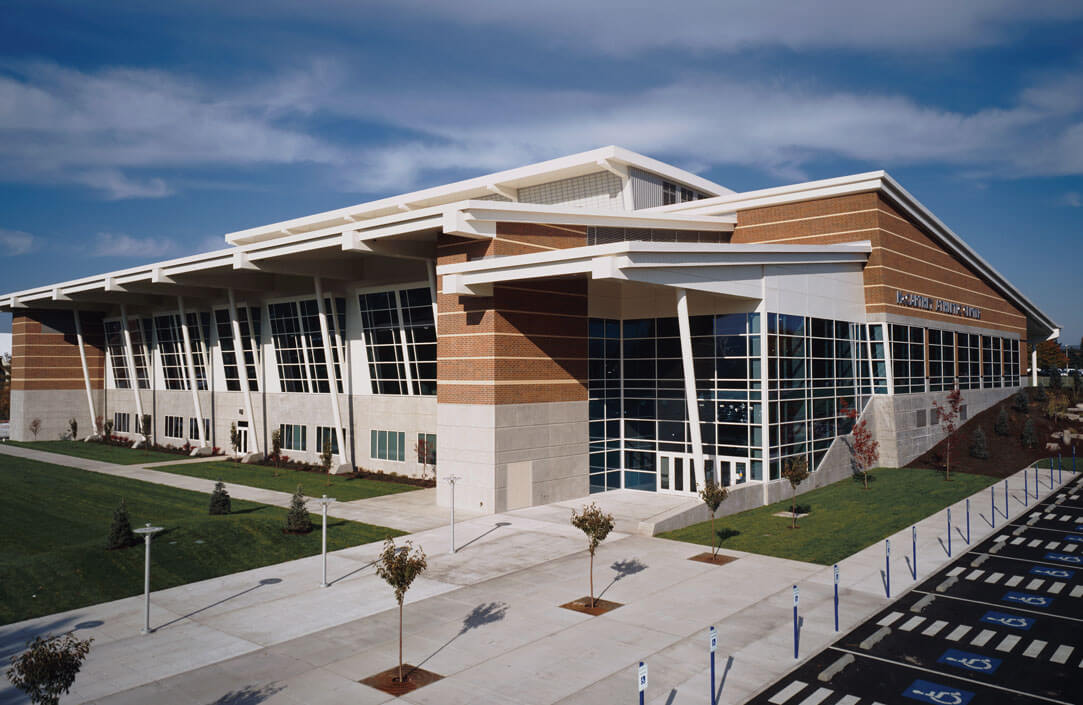 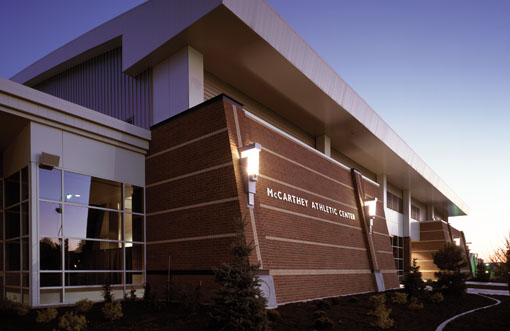 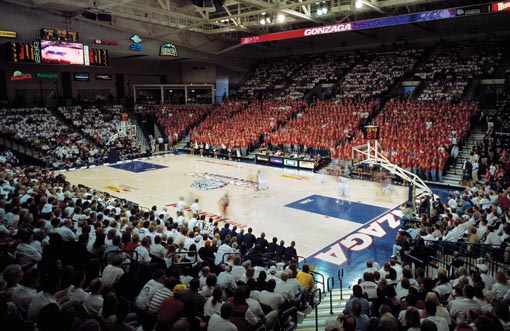 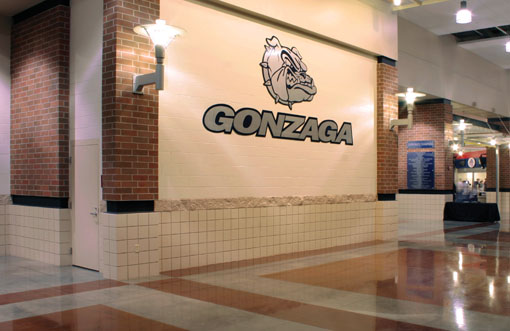 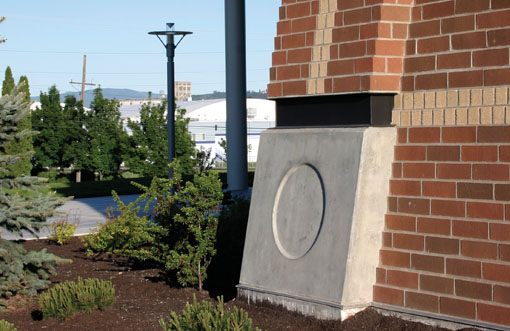 Besides men’s and women’s basketball games, the state-of-the-art, $25-million McCarthey Arena would also be used to house educational and entertainment events for the university and community.

Yet, the construction of the arena posed several challenges.  The McCarthey Athletic Center and adjoining fitness center for Gonzaga University had to be completed by October 2004, in time for the first game of the 2004-2005 basketball season. It was a big job – a 146,000-square-foot structure – with a definitive deadline.  “We were on a very aggressive schedule,” Masonry Contractor Tim Spilker of Spilker Masonry remembers.  In addition to the brick and concrete block exterior, the design required much interior masonry work to be done. In total, the project called for 63,000 bricks and 72,000 concrete masonry blocks.  The site also had limited space. “There wasn’t much storage around the project … or room for mixing,” Spilker recalls.  Efficiency at the mixing station was key to accommodate the building deadline and for operating in a tight work area.

In order to meet the demanding deadline and capitalize the limited working space, Spilker utilized 3,000 pound bags of SPEC MIX® PCL Sand Mortar and two G7000 silos.  Using the SPEC MIX preblended system, Spilker kept his site free from massive sand piles and pallets of bagged portland cement and lime.  By setting up two mixing stations, with a silo at each, Spilker kept two masonry crews working and doubled his productivity.  He also was able to increase the crew’s efficiency with the bulk bag and silo system.  Able to make mortar in only five minutes, Spilker cut his mixing time in half and reduced downtime.  One hundred and sixty eight bulk bags later, the masonry crew met their deadline. Spilker was very pleased with the results.  “SPEC MIX performed great … We’ve been using it for years.  It’s pretty much all we use.”  With the McCarthey Arena complete, the Bulldogs enjoyed their first season in their new home with an impressive 26-5 record.