Tradition is at the heart of baseball. So when a team replaces its stadium, fans may feel it’s bittersweet. Therefore, it was important that the design of the new Busch Stadium in St. Louis, MO tie the history of the city and the Cardinal’s legacy into a modern facility. 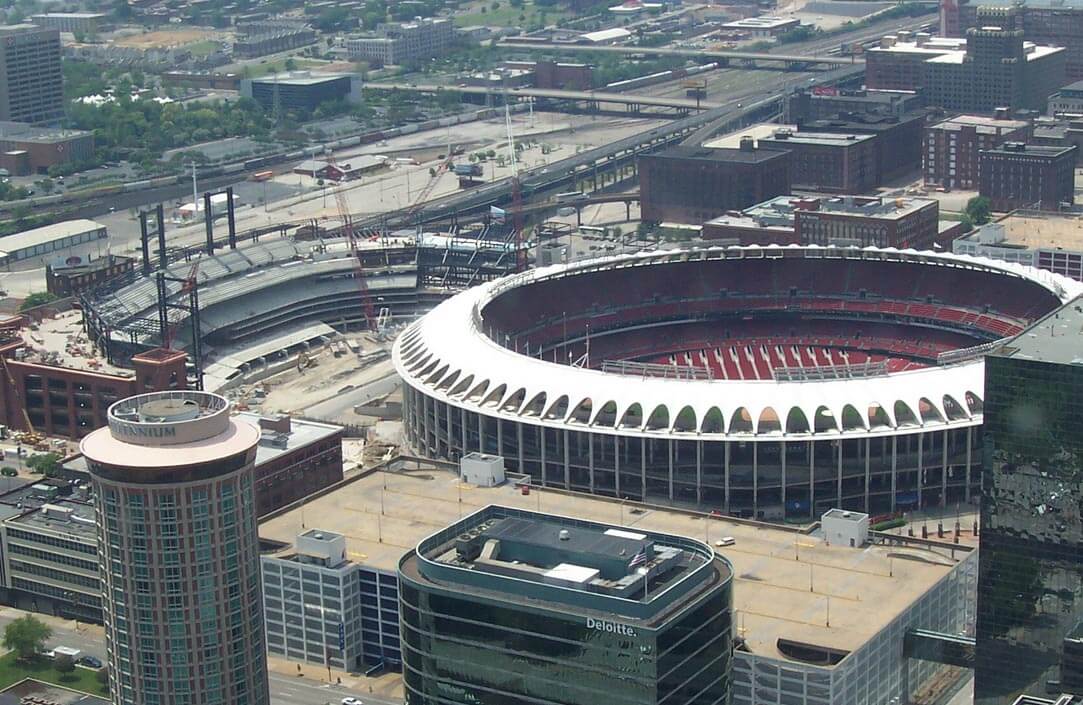 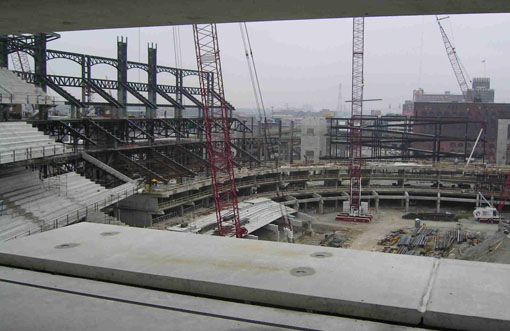 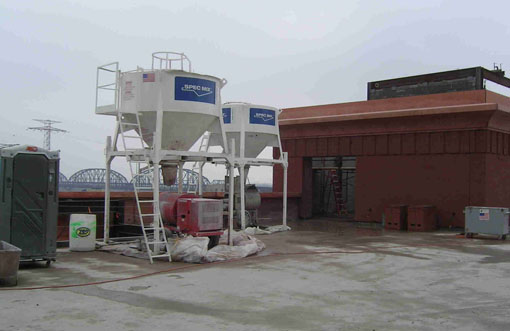 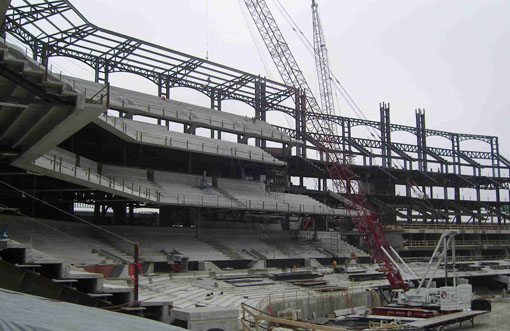 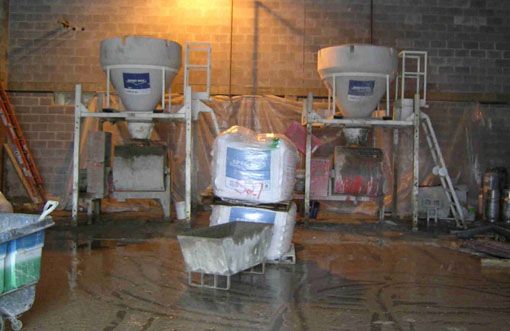 The use of brick, concrete, exposed steel and glass bring old and new together to create a 21st century architectural statement. Groundbreaking was held January 17, 2004. The new stadium partially overlaped the old ballpark, which was demolished at the end of the 2005 season.

This $350 million stadium consists of 700,000 brick and about 1 million CMUs, requiring 1,400 bulk bags of SPEC MIX IWR Color Mortar, 2,250 bulk bags of SPEC MIX PCL Sand Mortar and 1,850 bulk bags of SPEC MIX Core Fill Grout, which totals 5,500 yards of masonry material. With a crew of 40 masons and 22 laborers, which increased to 60 masons after the old stadium was demolished, working on four levels at once, it was important to Heitkamp Masonry to have high productivity and efficiency at the mixing stations and to have materials close to the crews.

The mason contractor also needed a water repellent mortar. Working during the St. Louis winter meant that a liquid admixture needed to be stored to keep it from freezing, which wasn’t practical on this jobsite. Heitkamp had never used SPEC MIX IWR Mortar. Since IWR Mortar has a dry admixture preblended into the mortar mix, the concern of freezing liquid admixtures was eliminated, and there is no need for measuring admixture, which saves time and increases consistency.

As a longtime SPEC MIX® user, Heitkamp Masonry is familiar with the preblended mortar and grout as well as the G7000 silo, but the LOAD N GO® silo was new to them and it made a big impression on the mason contractor. The LOAD N GO provided flexibility that enabled the contractor to have materials on demand for the crews working on four levels of the stadium. It also reduces the number of lifting devices needed on site. In all, there are eight LOAD N GO silos and six G7000 silos on site.

The real pressure began once the old stadium came down in the fall of 2005. “Opening Day doesn’t change,” said Jeff Hart, project manager for Heitkamp Masonry. Construction on the north side of the stadium began in the fall of 2005 and was completed in time for the first pitch of the 2006 baseball season.