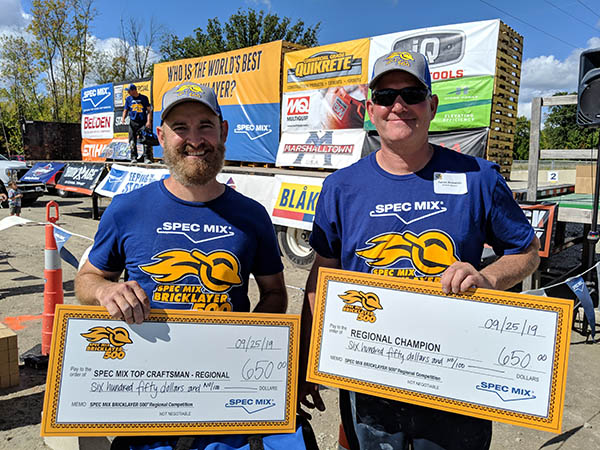 This is the second consecutive trip to the World Championship for 37-year-old mason Mike Schlund of Kowalski Masonry in Wausau, WI. Last year was Schlund’s first time qualifying after four previous attempts.

The game plan for Schlund in 2019 was to lay around 600 brick and to try for the SPEC MIX TOP CRAFTSMAN award. His strategy in 2020 is similar, only this time he has a little more experience from which to draw. He’s already improved on his brick count, having qualified with nearly 200 more brick than he did last year, but he knows his limits, and will let someone else aim for the highest total.

“It was a humbling experience [the 2019 World Championship] to be considered as one of the best. And to be in with that crowd of guys was pretty awesome,” Schlund said. “This year my goal is redemption, just getting back out there and having a chance.” 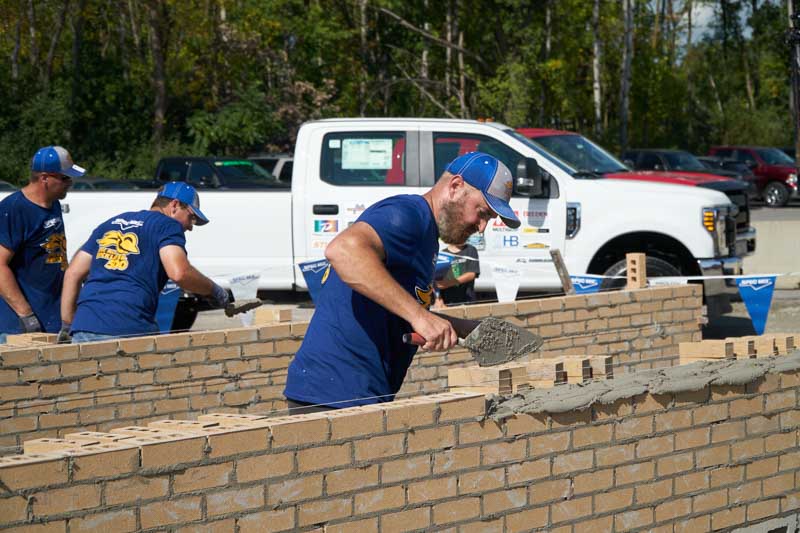