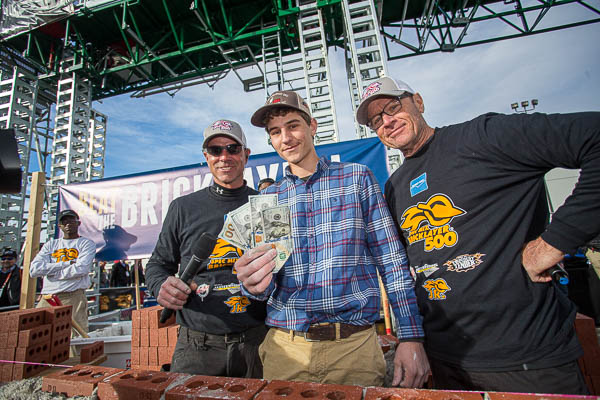 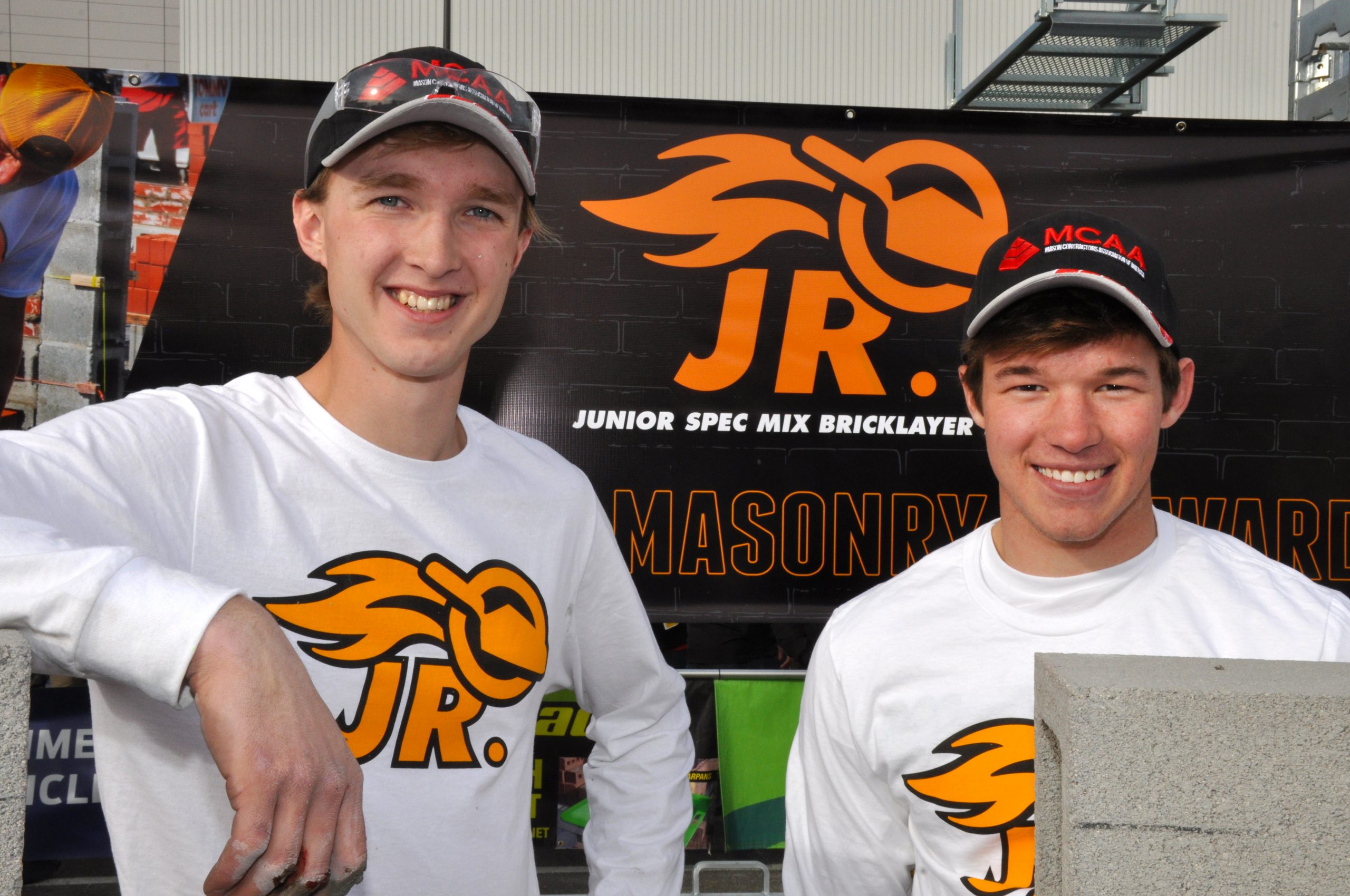 For three young North Carolina masons, being the post-event entertainment of the SPEC MIX BRICKLAYER 500® World Championship event paid off in cold cash!

For putting in 5 minutes of bricklaying work in front of thousands of spectators, 18-year old Grant Helms of Helms Masonry, Inc. of Concord, NC laid 55 brick and won $500 in the “BEAT THE BRICKLAYER” competition. While judges were wrapping up the scoring of the main bricklayer battle, Helms went head-to-head against a more senior mason, Jim Clark of Pemberton, NJ, in the competition’s grand finale. If you do the math, theoretically Helms has the ability to lay as many as 660 brick in one hour, clearly making him a future competitor of the SPEC MIX BRICKLAYER 500!

Just prior to the BEAT THE BRICKLAYER contest the, Wade Taylor (20) and Jace Huntley (19), both masonry apprentices with Huntley Brothers Company, gave the crowd a show by challenging their skills in the JR. SPEC MIX BRICKLAYER 500 competition. Working from two pre-constructed base-course with leads, the apprentices were each given 10-minutes to build their wall followed by a 5-minute rest period and 5-minute tooling period. In the end, judges determined that Taylor and Huntley’s workmanship was excellent and both were awarded $100 for their stellar performances! 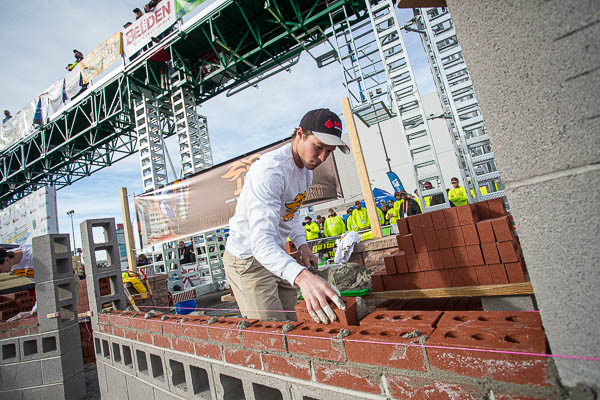 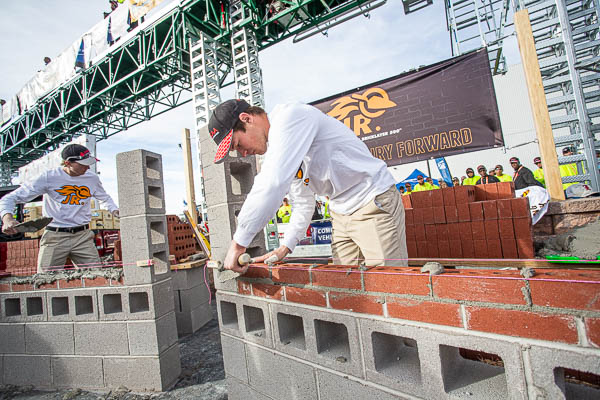 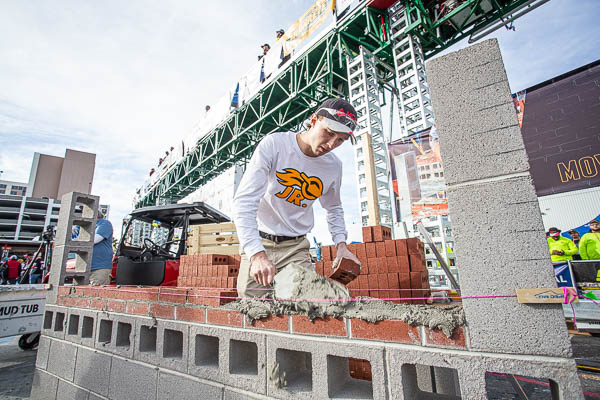