Brian Tuttle, and his brother/mason tender, Scott Tuttle are no strangers to laying brick on masonry’s largest stage. The Tuttle’s have competed in every SPEC MIX BRICKLAYER 500 National Championship since 2004 (They alternate between mason and tender roles to stay eligible). Masonry wasn’t always the “dream job” for Brian Tuttle. He first worked as a mason tender during a summer just after high school, he hated it. Not until he got a chance to actually lay brick did he decide masonry was his future. Two years later he started his own company, Quik Trowell Masonry, which he still owns with his brother, Scott.

Brian first heard about the SPEC MIX BRICKLAYER 500 after Adam Hicken with RJ Masonry mentioned it to him and suggested that he give it a try. As soon as he participated for the first time, he became hooked and has competed every year since. Brian described what it was like in the beginning saying, “When it started is was all about brick, just see who can get the tallest wall with the most brick in, and it was cool to see someone lay 1000 brick in one hour. But the quality standards were terrible. Now, you have to be able to lay 700 brick and it has to look good. If it’s not right and it’s not sellable, it doesn’t promote the industry. I’ve seen the quality increase and the masons get better and better.”

When asked what does masonry mean to you, Brian went on to explain that he loves the feeling of accomplishment that a masonry project gives. He continues by saying, “the idea of making something out of nothing is satisfying. Especially years later when you pass by one of your projects and remember when you worked on it.”
Brian believes that masonry is a great trade to learn and that you can earn a lot from it. Although, that does come with having to put in the time to start from the bottom and learn quality above all. He reminds us all that the speed the competitors are showing us comes with time-spent learning the trade. 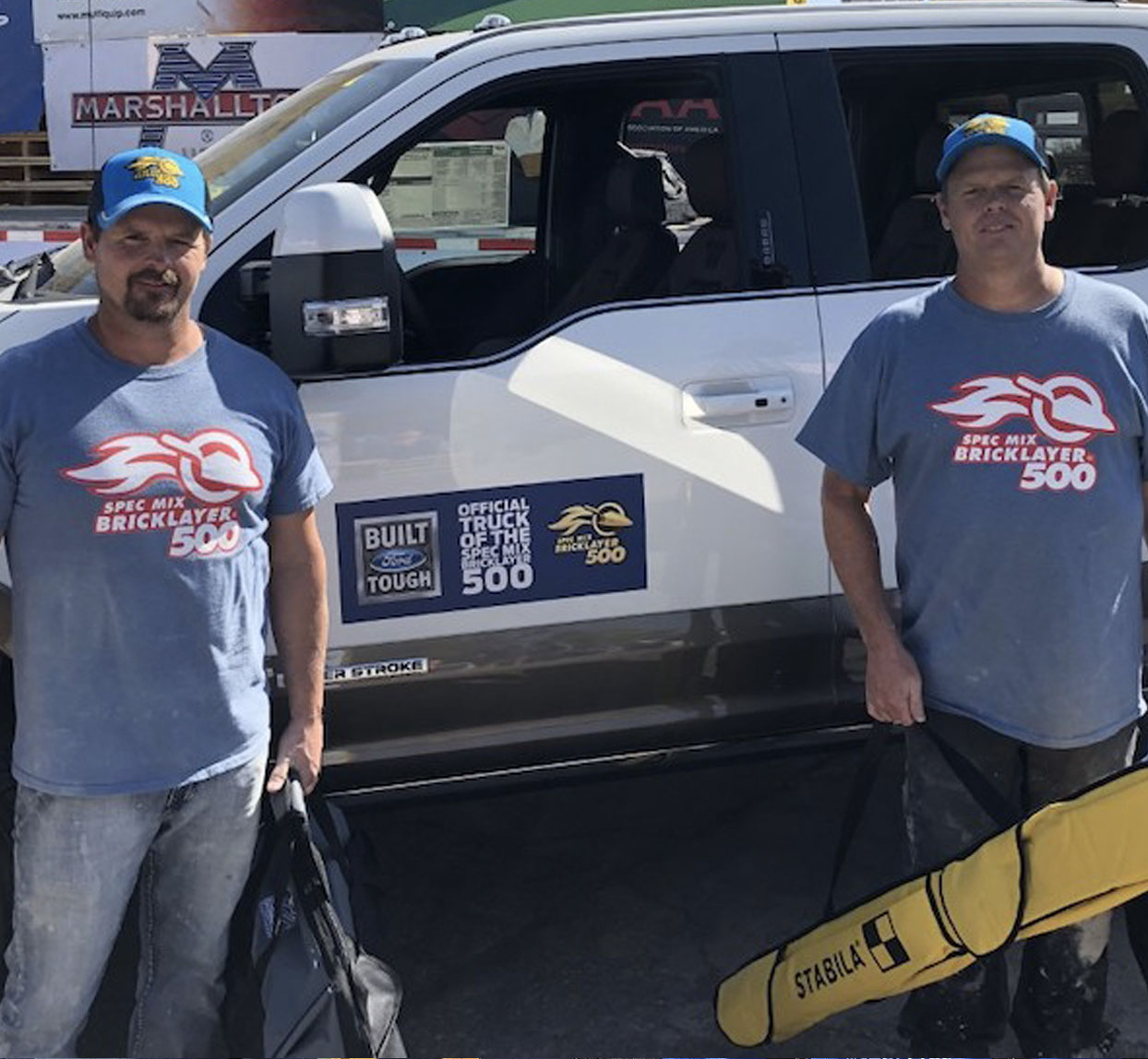