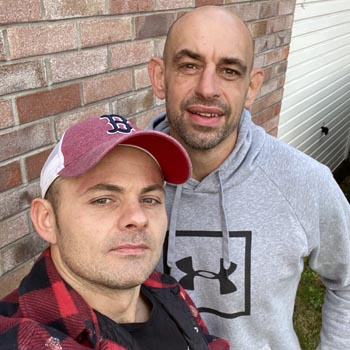 36-year-old Anthony Payne, Bedwas, UK, will be lining up at the World Championship as an international competitor ready to prove the title, “World’s Best Bricklayer” belongs overseas.

Payne started laying brick as an apprentice after he left high school when he was 16. He’s never competed in the SPEC MIX BRICKLAYER 500, and the only experience he has going into the competition is from what he gets through a standard day on the job. He knows that in order to keep up with the top craftsmen in Las Vegas, he will have to get in some practice, which he hopes to do up to five times per week, on top of his normal workload.

“This is great exposure of the trade, and it brings a global audience together. There isn’t a better advertisement for getting into bricklaying than the SPEC MIX BRICKLAYER 500,” Payne said. Now he has a chance to prove his skills on the biggest stage in masonry.

Payne enjoys rugby, kayaking and travelling when he isn’t working or spending time with his daughter. If he wins in February, he plans on opening a bricklaying academy.