STALL: 4
MASON: Allen McCleese
TENDER: Dean McClanahan
COMPANY: Cornerstone Masonry – Hillsboro, KY
BRICK COUNT: 534
Allen McCleese got into masonry at the age of 16 when he was asked to help his two uncles on a job; he never looked back. He started as a laborer and worked his way up from there. McCleese says he really enjoyed the fast-paced challenge that working as a mason requires, and he learned quickly that he had to not only move faster, but think faster as well.

“Masonry is an old trade with a lot of history. It requires the precision of factory work all while battling the ever-changing elements of working outdoors. In my mind there is no tougher trade,” says Allen, “I think the future of masonry is in that border of being in jeopardy. I think it mainly depends on the desire of the younger generation to step up and learn this trade. It’s definitely not easy but has its rewards.”

When asked about the SPEC MIX BRICKLAYER 500 Regionals, McCleese recalls that he had never really competed before and wasn’t sure what to expect. He works long hours and only tried to practice once to get the feel for it. He knows that the competition is difficult, but he enjoys competing, stating, “I look forward to going to Vegas and consider it an honor to compete with the world’s best.” 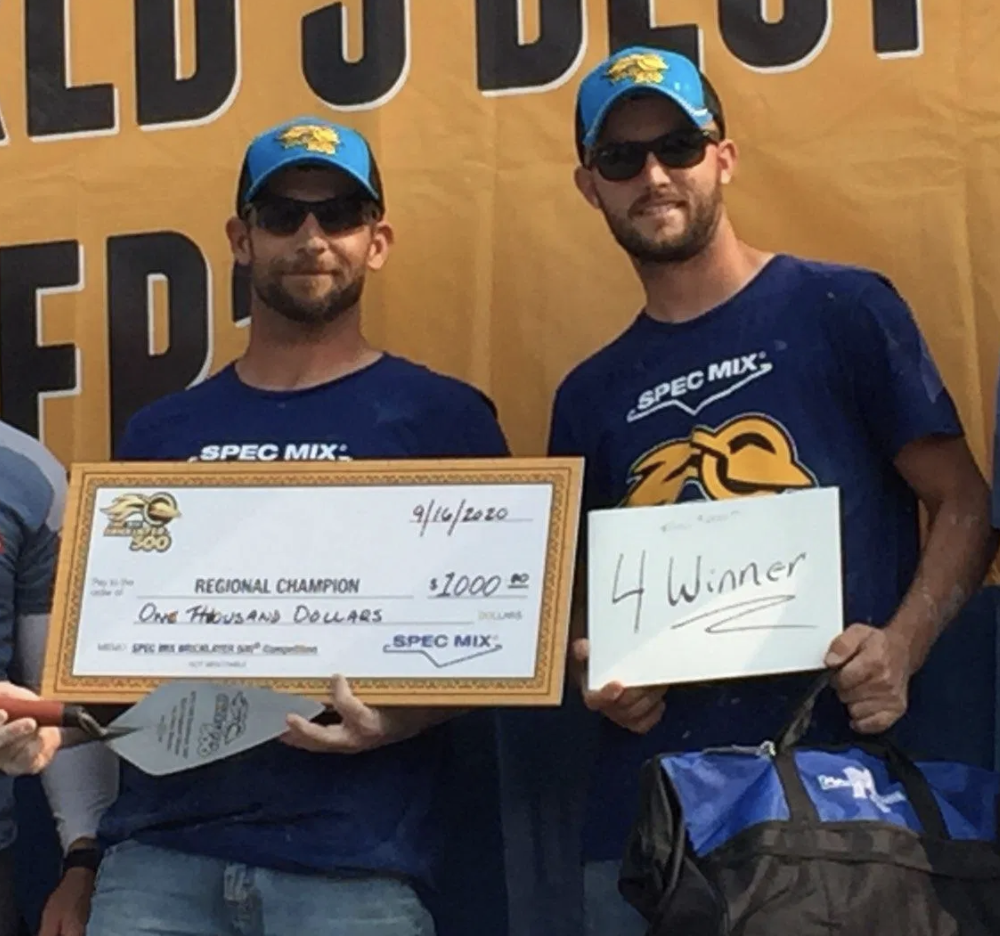