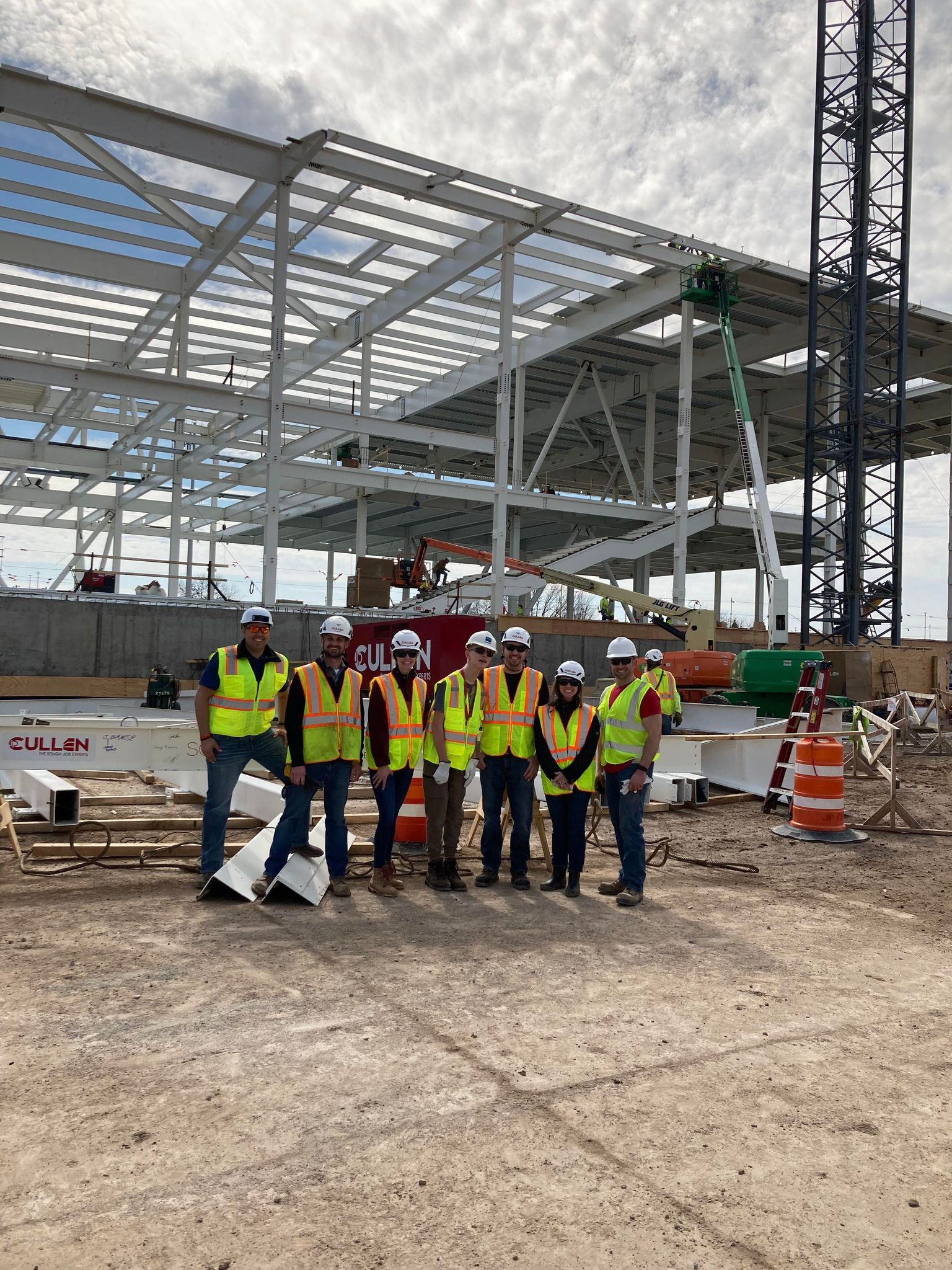 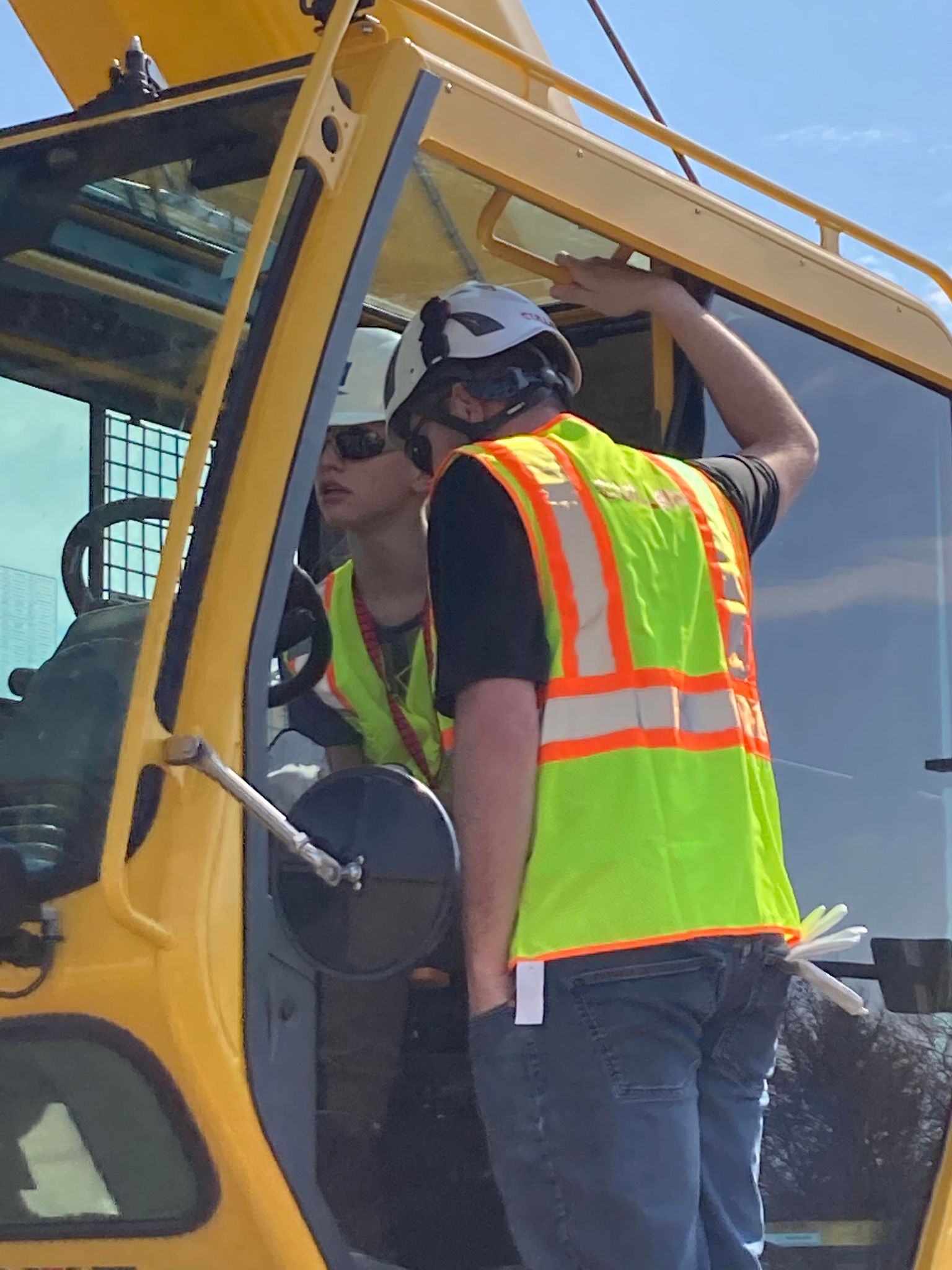 De Pere, WISC (3/17/2022) – On Wednesday, March 16th, Aden Widmer, a 15-year-old Syble Hopp student with cognitive disabilities got the thrill of his life. With the help of local construction contractors, JP Cullen and City Wide Masonry, Aden was invited to tour the Mulva Cultural Center construction site. Aden was given the opportunity to sit in several large pieces of heavy machinery and to watch a crane operate up close.

Aden’s mother, Tasha Widmer, has been bringing Aden to the Mulva Center construction site since the project began, pulling over on the side of the road to watch all aspects of the process. “He is obsessed with all things construction,” Tasha said, “we wanted to spend a little bit of time watching the crane being operated. So I called a friend of mine, Ryan Fritsch with City Wide Masonry, to see if he had any contacts. Unbeknownst to me, things started working in the background.”

What happened was a partnership between JP Cullen and City Wide Masonry to let Aden experience the job site up close for an hour and half, something his mother says was a thrill of a lifetime.

In addition to the tour and getting the experience of sitting in the construction equipment he watches operate daily, Aden also got to sign the topping out beam. This is a tradition created by iron workers to commemorate the highest point, and final beam of a particular job. An honor left to those who worked on and donated money to a project.

Colin Frey, assistant project manager with JP Cullen said, “when we set this beam, Aden will forever be a part of this project.” Aden’s name is next to the founders of the Mulva Center Project, James and Miriam Mulva, whose vision brought the project to light.

With donations from JP Cullen, SPEC MIX, Marshalltown and Stabila, Aden left the site with a pile of construction toys and tools of the trade. 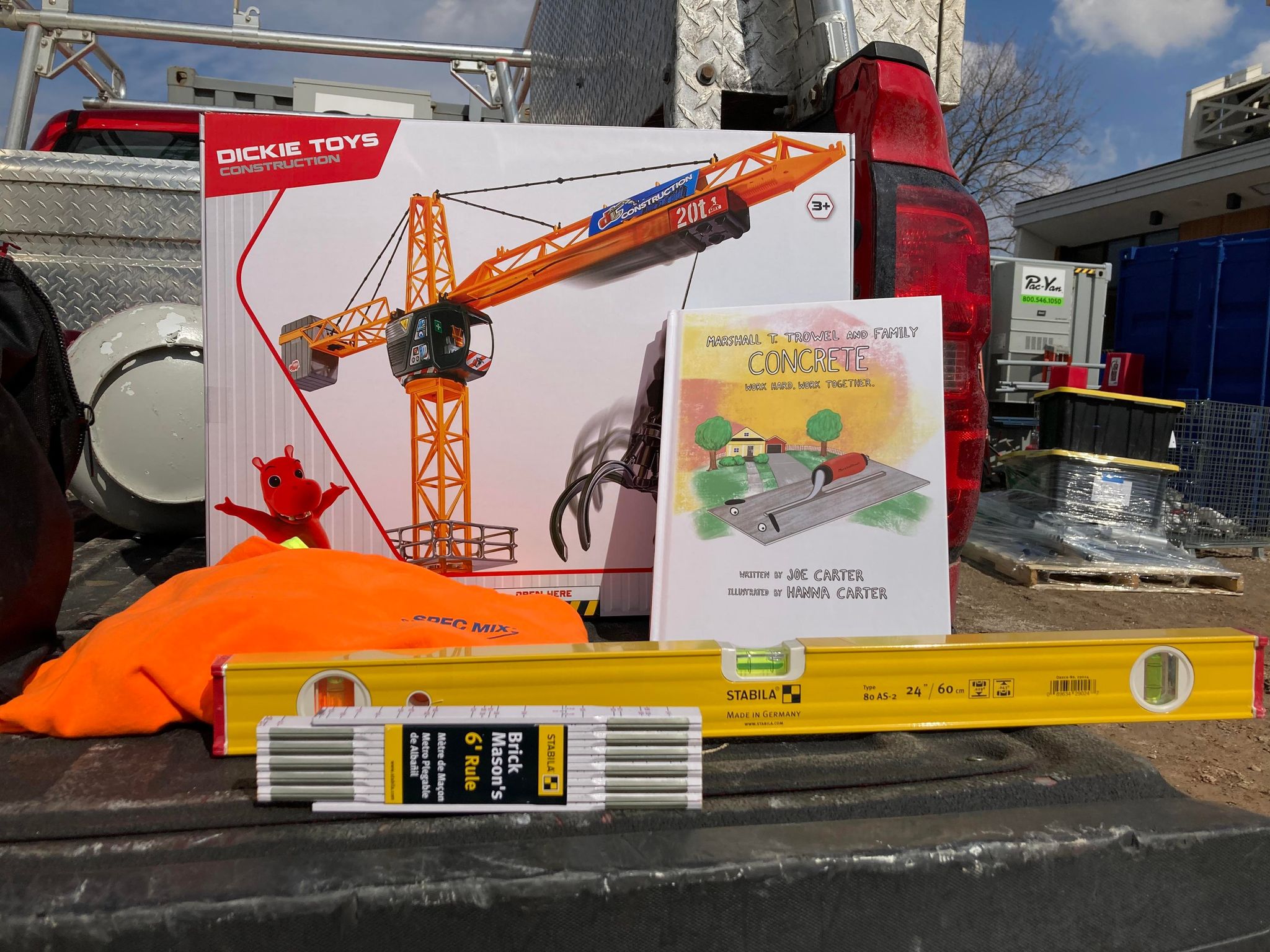 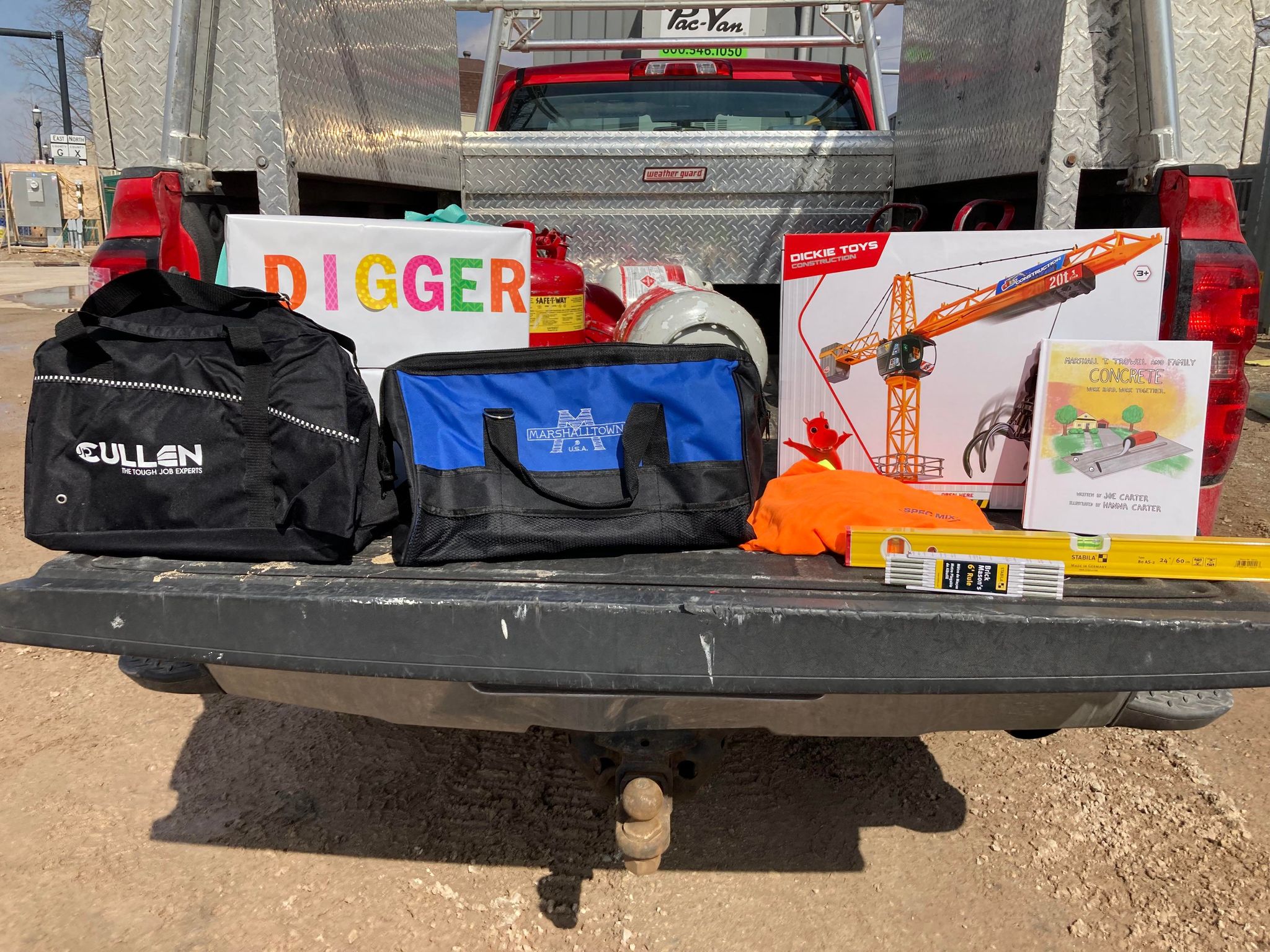