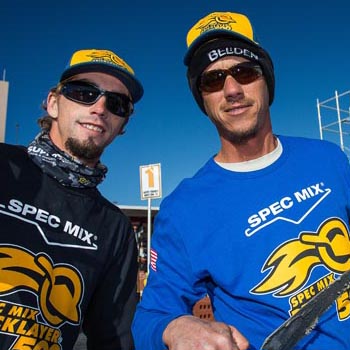 Adam White has been working as a mason since July 23rd, 1999, a date he remembers all too well. White recalls, “It was the hardest day I’ve ever had.” He was looking for a job, and a friend asked him if he wanted to assist on a brick house. He hasn’t looked back since. “It was something that wasn’t easy… it’s a hard trade, it’s a hard job, but with that comes respect and recognition that not everyone in the world can do this job. I take a lot of pride from that.”

White and his tender Mike Russ are both looking forward to competing in their second consecutive World Championship. They learned a lot from their experience last year, where admitting they were a little overwhelmed. “There were cameras everywhere, which is something I didn’t expect, the whole thing was surreal,” White said.

But as daunting as competing in the Super Bowl of Masonry was, it didn’t compare to the months leading up to it when White and his entire community were cleaning up after hurricane Michael. He said, “I was lucky, my house didn’t take much damage, but both of my neighbors lost their homes. It was a mess, I’m just glad I survived.” Hurricane Michael was classified as a category 5 hurricane with sustained winds of 161 mph, according to the National Weather Service. 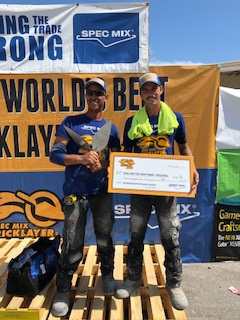